Truckee and the surrounding Tahoe region are an excellent place to build a bikeshare program. After hearing demand from constituents, a Truckee councilmember asked me to explore the possibility of starting such a program. I discussed existing programs with staff and operators in similar communities (and worked previously for the Transit/Bikes/Scooters team at Lyft), and I present below a vision for what such a program could look like.

The purpose of this document is to:

Bikeshare programs are like distributed libraries for bikes. Anyone can check out a bike when and where they need it, ride it for a mile, and drop it off at their destination.

Programs for borrowing bikes by the trip have been around in Europe since the 1960s, where they started as free bikes for anyone to use. In the late 2000s, smartphones enabled users to instantly search for available bikes in real time and process payments. Several venture-funded companies stepped in to provide cities and colleges with an “off the shelf” option to deploy bikeshare, further lowering the bar to participation. As demand for bikes rose, manufacturing costs fell and new vehicle formats entered the picture: electric bikes, dockless bikes, recumbent bikes, and electric scooters. Today, the broader “shared micromobility” economy is enormous. Ridership doubled between 2017 and 2018 to 84 million annual trips, and is recovering post-Covid.

Each of these systems is unique, but there are a few variables that make the most sense for Tahoe/Truckee.

A Variety of Perspectives

What would bikeshare look and feel like to an everyday person in Truckee/Tahoe?

Louise signed up for the Tahoe Bikeshare program the first year it opened. She lives in Glenshire and commutes on weekdays to her office in Gateway. She’s not as active as she’d like to be, so she set the goal for herself to bike to work once a week when the weather is nice. She bought an annual pass for the Tahoe Bikeshare program for $150. This pass gives her unlimited 45-minute rides, and longer rides for an extra $3 for each 15 minutes.

On one of her bike days, Louise leaves her house in the morning and walks a half mile or so to the nearest shared bike. There are always a few available bikes at the Residents Association before 9 AM. She later takes advantage of her immunity to parking woes and rides downtown to have lunch at Coffeebar. She walks around before taking a bike from another station to her office. She finds herself more likely to explore downtown Truckee on a bike than when she’s driving (an observation supported by research: Why are bicyclists better customers than drivers for local businesses, Streetsblog 2012).

Sam and Jeff live in San Francisco without a car. They love getting away to the outdoors, and are adept at doing so by train, bus, ferry, and bike.

Tahoe is one of their favorite places to visit, and they make the trip twice a year by bus. Every time, they each buy a seven-day pass on the Tahoe Bikeshare app for $20. Once they arrive at the Truckee Transit Center, they throw on their backpacks, hop on e-bikes, and head out to their Airbnb in Sierra Meadows. Sam and Jeff zip along the new separated bike path, immediately shedding the stress of their journey. They check in and drop off their bags before making a trip to Raley’s for the weekend.

The next day, the guys spend the afternoon at Donner Lake. By the end of the day, they’re both feeling the elevation and the sun, but because they docked their bikes (which have long since made other trips with other people around town), they’re now unencumbered to catch TART home instead.

Melanie owns and operates a small tea shop in Gateway with two employees. She shares a small parking lot with neighboring businesses, and was so grateful when the bikeshare system launched that she offered one of her designated parking spaces for use as a bike dock. The dock usually has at least three or four bikes in it, though a few times she’s called the town when it’s gotten too full. She considers the hosting duties well worth the effort, because her business is well suited to the kinds of quick trips people make on bikes.

Melanie is also grateful that her employees have more flexibility in how they get to work. Her newest hire, Elliot, drives to work every day from Glenshire, but her assistant manager, Evelyn, catches a ride from Reno with a friend. Evelyn’s friend either drops her off at the tea shop, or when traffic is bad, they go straight to the friend’s workplace and Evelyn catches a bike to the shop. Evelyn can run errands around Truckee without her own car and still be ready to carpool home. Bikeshare has made it so much easier for Evelyn to cover her shifts that Melanie offered to buy both her employees an annual bikeshare pass (which the Town subsidizes for employees down to $50).

Chris works for the Town of Truckee on several projects, including Tahoe Bikeshare. He spends about five hours a week making sure the operator is fulfilling its obligations to the Town, as well as fielding questions from residents and other town staff.

Last week was Memorial Day, so Tahoe Bikeshare was especially busy and Chris asked the operator to provide some usage statistics for a presentation to Council. Chris wants to know how many people rode bikes, how often the docks were either full or empty (meaning someone had to go to their next nearest station), and how many passes were sold. He’s heard many concerns that the dock fills up too quickly at the Regional Park, so he has a meeting later today with a member of the Parks and Rec District Board to discuss whether a new dock should be added nearby or if the current one should just be made larger.

Janet works for the Tahoe Bike Collective, which runs the Tahoe Bikeshare program. She works full time for the program as support staff, doing bike rebalancing in the summer and outreach in the winter.

It’s a typical Tuesday in August, so at 7 AM she logs into the operator view of the Tahoe Bikeshare App. The Collective’s contract with the Town requires a certain number of bikes and open docks at each station at all times, so she’s checking to see where they might fall short. Indeed, it looks like Northstar, which is supposed to have at least eight open docks, is already down to nine open docks before the morning commute. She hops into her electric truck and drives down to Northstar, where she loads up ten bikes and brings them to Glenshire.

Later in the day, things have quieted down, and Janet is in the office helping out with customer support. Some riders prefer having a physical card to tap on the machines instead of their smartphone, so she’s putting a batch of cards in envelopes and sending them out. When she’s done, her manager gives her a list of two bikes that people reported today as malfunctioning. Janet hops on her own e-bike, with a bike rack trailer, and heads out. The first bike is at the Cedar House with a flat tire. She pulls out her repair kit, fixes the flat and patches the puncture, gives the bike an overall inspection, and marks it as back in service in her app. The second bike is at the Tahoe Forest Hospital, and turns out it has a banged up back wheel. She can’t true the wheel with her mobile kit, so she loads the bike on her trailer and takes it back to the shop for a closer look.

What would it cost?

Of all the ways that Truckee/Tahoe can reduce greenhouse gases, manage parking demand, and establish ourselves as a leader in green tourism, bikeshare is among the best values. All costs below are estimated based on similar communities, and don’t take into account revenue from the sale of passes, sponsorships, or in-kind donations from partners (such as hangar space or electricity). 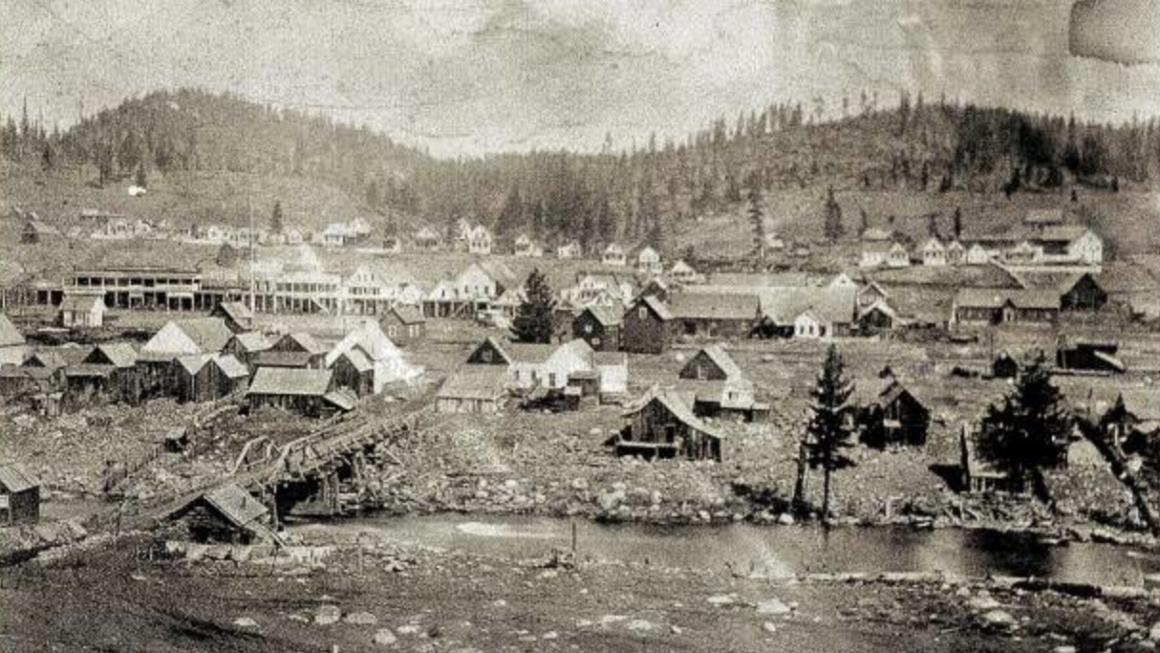 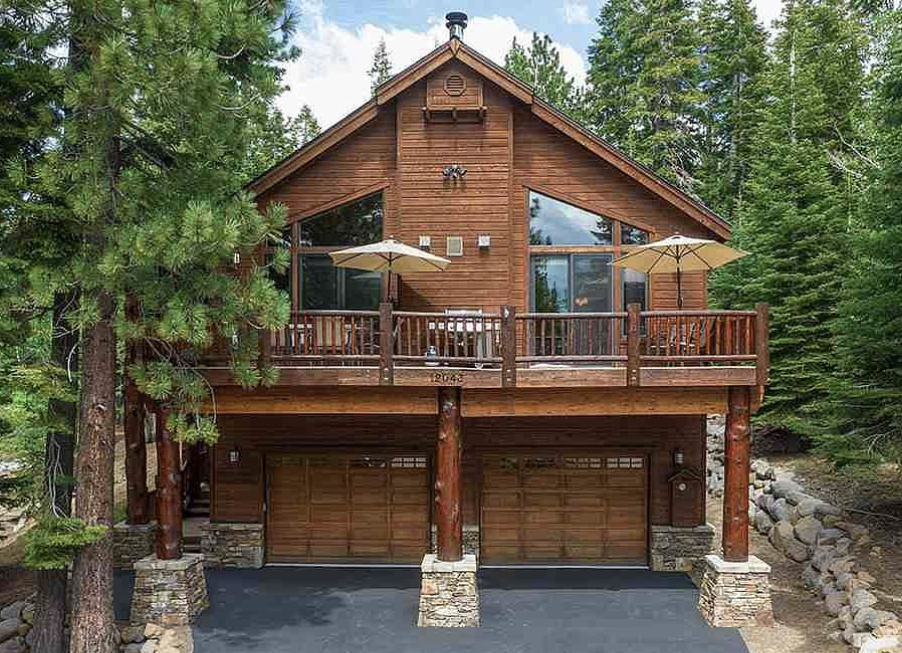